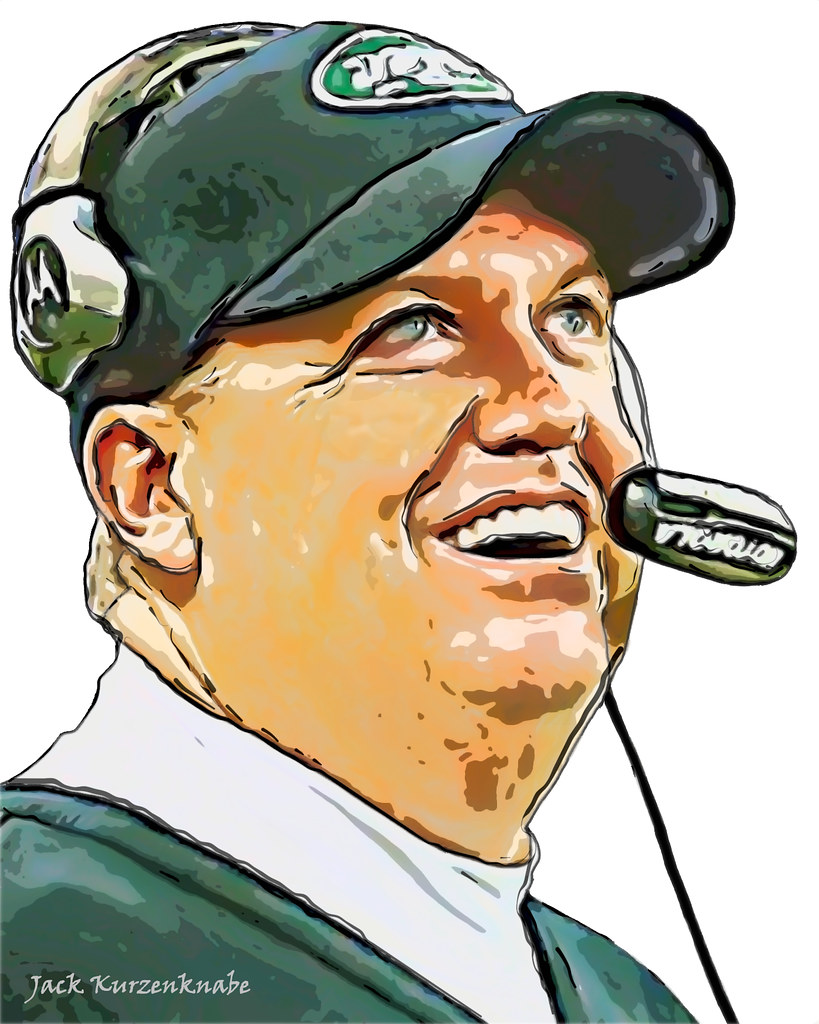 On Thursday Night Football, the New York Jets defeated Rex Ryan and his Buffalo Bills 37-31. After being swept in 2 games in 2015 by this AFC East opponent, how did Gang Green win in Week 2 in the NFL?

Ryan Fitzpatrick
Quarterback Fitzpatrick has solved the defense of Rex Ryan. In 2015 in Week 10, he threw 2 interceptions and 3 INTs in Week 17. On Thursday Night Football, he threw ZERO INTs against his former head coach. Passing for 374 yards in the win surpassed his 193 yards in Week 10 and 181 yards in Week 17 of last year. By spreading the ball around against Rex’s defense, he was the reason why receivers Brandon Marshall (101 yards), Eric Decker (126 yards 1 touchdown) and Quincy Enunwa (92 yards) contributed to the game. Not only did Fitzpatrick lead the Jets into the Bills red zone 7 times but he helped his team finish with 493 yards on offense and 28 first downs. All these 1st downs led to New York to posses the football for 39:12 minutes compared to Buffalo’s 20:48, which took its toll on the defensive players of Rex. By the 4th quarter, the defense was worn down and was no longer pressuring the QB as in the 1st and 2nd quarters. Fitzpatrick drove the offense up and down the field and was never fooled by the intricacies of Rex’s defense.

Matt Forte
After rushing for 22 carries for 96 yards versus the stout defense of the Cincinnati Bengals in Week 1, Matt Forte continued his success against the Buffalo Bills. With 11:07 in the 2nd quarter, he punched it in for the score to give the Jets a 13-7 lead and his TD from the Bills 3 yard line put his team up 27-24 with 2:12 left in the 3rd quarter. Buffalo’s defense was so tired in the 4th quarter, that Forte was getting more yards before being tackled. This is why he found the wide open lane from the Bills 12 yard line, scoring the TD that put NY on top 37-24 with 4:02 left in the 4th quarter. Matt ran so fluid between the tackles that he finished with 30 carries for 100 yards and 3 TDs. His rushing extended drives and kept the clock running. This is the reason why the the Jets led the Bills in time of possession and kept the opposing defense on the field for long periods of time, wearing them down and causing them to lose stamina as the game wore on.

With Ryan Fitzpatrick passing through the air, unrattled by Rex Ryan’s defense and Matt Forte pounding on the ground, slicing through the Bills, Gang Green’s offense exploded for 37 points. Their energy gone, Buffalo broke down in the last quarter, unable to contain either player. Quarterback and running back working hand in hand, these 2 players were the reason the New York Jets defeated the Buffalo Bills in Primetime.

NFL 2016 Schedule: The games the New York Jets will win and lose