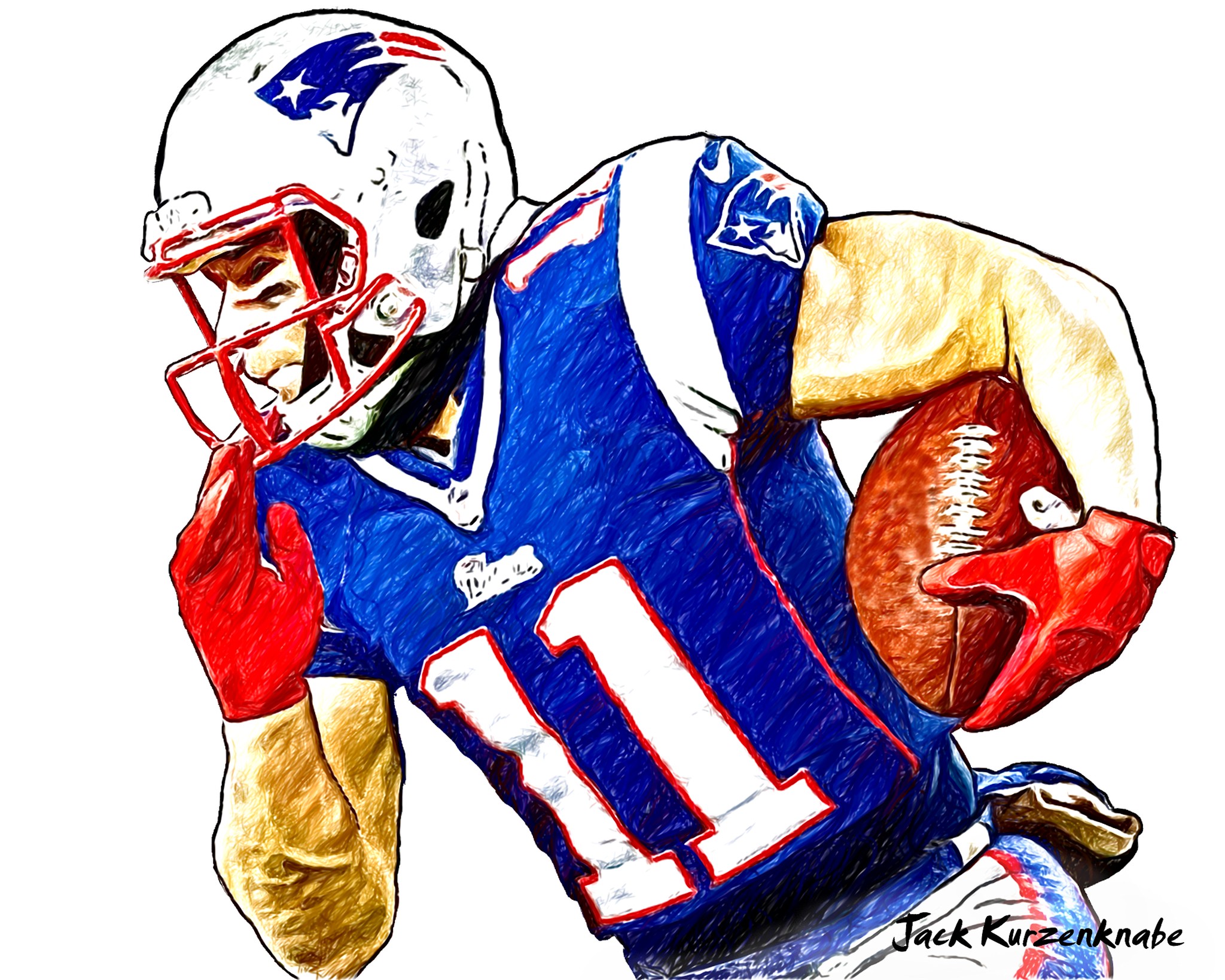 Remember the Tuck Rule? Back in the 2002 AFC divisional playoff game, Tom Brady dropped back to pass and had the ball knocked out by Charles Woodson on a cornerback blitz. The referee called it a fumble, which would have won the game for Oakland in the 4th quarter but after reviewing the play on instant replay, the call was reversed. It was declared an incomplete forward pass and New England was given possession of the football. The Patriots tied the game and went on to knock the Raiders out of the postseason and subsequently, won Super Bowl XXXVI. Fifteen years later, another controversial call by an official changed the course of the game. This time around, the New York Jets felt the repercussions of a play that was reversed in favor of their division rivals New England.

The Jets were quick to strike first.

After McCown threw a 1 yard touchdown to the tight end Austin Seferian-Jenkins in the 1st quarter, Josh floated a 31 yard pass to Jeremy Kerley for the score in the 2nd quarter, giving New York a 14-0 lead.

But then the Patriots scored 24 unanswered points after the Jets went up by 2 scores.

Running back Dione Lewis scored a 1 yard TD. A McCown interception with 40 seconds left in the 2nd quarter led to a Rob Gronkowski score. Both teams entered the half tied at 14.

Early in the 3rd quarter, Gronkowski outran safety Jamal Adams 33 yards into the endzone to put New England ahead 21-14. Another McCown INT resulted in a Stephen Gostkowski 28-yard field goal early in the 4th quarter, giving the Patriots a 24-14 lead.

With 8:31 minutes left in the game, McCown threw a short pass to Seferian-Jenkins from New England’s 4 yard line on 2nd down and goal. The tight end was tackled by 2 defenders as he crossed the endzone for the score. But the referees reviewed the touchdown and ruled that Seferian-Jenkins juggled and lost control of the ball as he went out of bounds near the end zone. Even though the ball never hit the ground, the call resulted in a touchback, with the Patriots taking over. The Jets TD was taken off the scoreboard and New England still led 24-14 in the 4th quarter.

A Chandler Catanzaro 28 yard field goal with 3:40 minutes remaining cut the deficit to 3. New York had 1 more possession to score points but with 1:12 minutes left at midfield, McCown’s pass fell incomplete on 4th down and 16. With the 24-17 loss, the Jets record fell to 3-3 while the Patriots improved to 4-2, taking 1st place in the AFC East.

The replay review was the turning point in the game since Gang Green was about to cut the double digit lead to 3 points with 8:31 minutes left in the last quarter. The referees took a touchdown away from the Jets and gave the football to their hated division rivals. The controversial call killed the momentum New York had in reducing the deficit and put a nail on the coffin on their comeback. Had the officials not overturned the call, the outcome would have turned out differently for Jets.