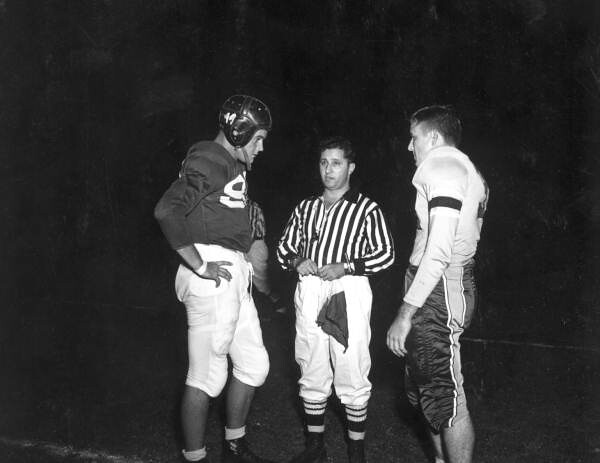 After having a score overturned by the referees against the New England Patriots, the Jets lost by a touchdown in Week 6. New York traveled to Hard Rock stadium to face the Miami Dolphins. Would there be another controversial play? And will the NFL officials affect the outcome of the game with their calls?

With touchdown passes to Jermaine Kearse, Robby Anderson, Austin Seferian-Jenkins and a quarterback sneak from Josh McCown, the Jets built a 28-14 lead with 11:27 minutes remaining in the 4th quarter.

And then the wheels came off.

Facing 3rd down and 7 at the New York’s 28 yard line, head coach Todd Bowles blitzed rookie safety Marcus Maye. Miami QB Matt Moore, who stepped in for an injured Jay Cutler in the 3rd quarter, lobbed a pass over cornerback Buster Skrine to Kenny Stills for the score. The Jets’ lead shrank to 28-21.

On the Dolphins next possession, Skrine was called for holding, giving the opponent a new set of 1st downs. And then another Buster holding penalty on 3rd down. This led to Moore throwing a 2 yard TD pass to Stills, as Skrine was trailing the receiver in the endzone. Miami tied the game at 28-28 with 6:19 minutes left.

After both teams punted on their next drives, the Jets had one last chance to score and claim victory. Snapping the ball from their own 15 yard line with 47 seconds on the game clock, McCown swung a pass intended for Kearse. However, Bobby McCain cut the route and stepped in front of the WR for the interception, setting the Dolphins up at the Jets 27 yard line. Cody Parkey kicked the 39 yard field goal to put Miami ahead by 3 points with 22 seconds left in the 4th quarter. A final, desperate lateral play by Gang Green failed as tackle Laremy Tunsil recovered the fumble inside New York’s 10 yard line. The loss dropped the Jets to 3-4 while the Dolphins improved to 4-2.

The defense lost the game for Gang Green. The Jets were flagged 7 times in the fourth quarter plus 2 penalties that were declined. Skrine alone had 3 penalties in the game. In the 4th quarter, he was called for holding twice on the same drive, which resulted in the Dolphins tying the score at 28. Buster was completely outmatched by Stills, as he gave up yards and 2 TDs to the WR in the final quarter.

The Jets defense gave up 17 points in the last quarter. They allowed 219 yards, 14 first downs and 4 of 9 third downs conversions to Miami in the 2nd half. New York couldn’t make any stops and let the offense drive up and down the field at will. With penalties giving the Dolphins new sets of 1st downs and giving up a double digit lead in the 4th quarter, Gang Green let the win slip from their fingers.