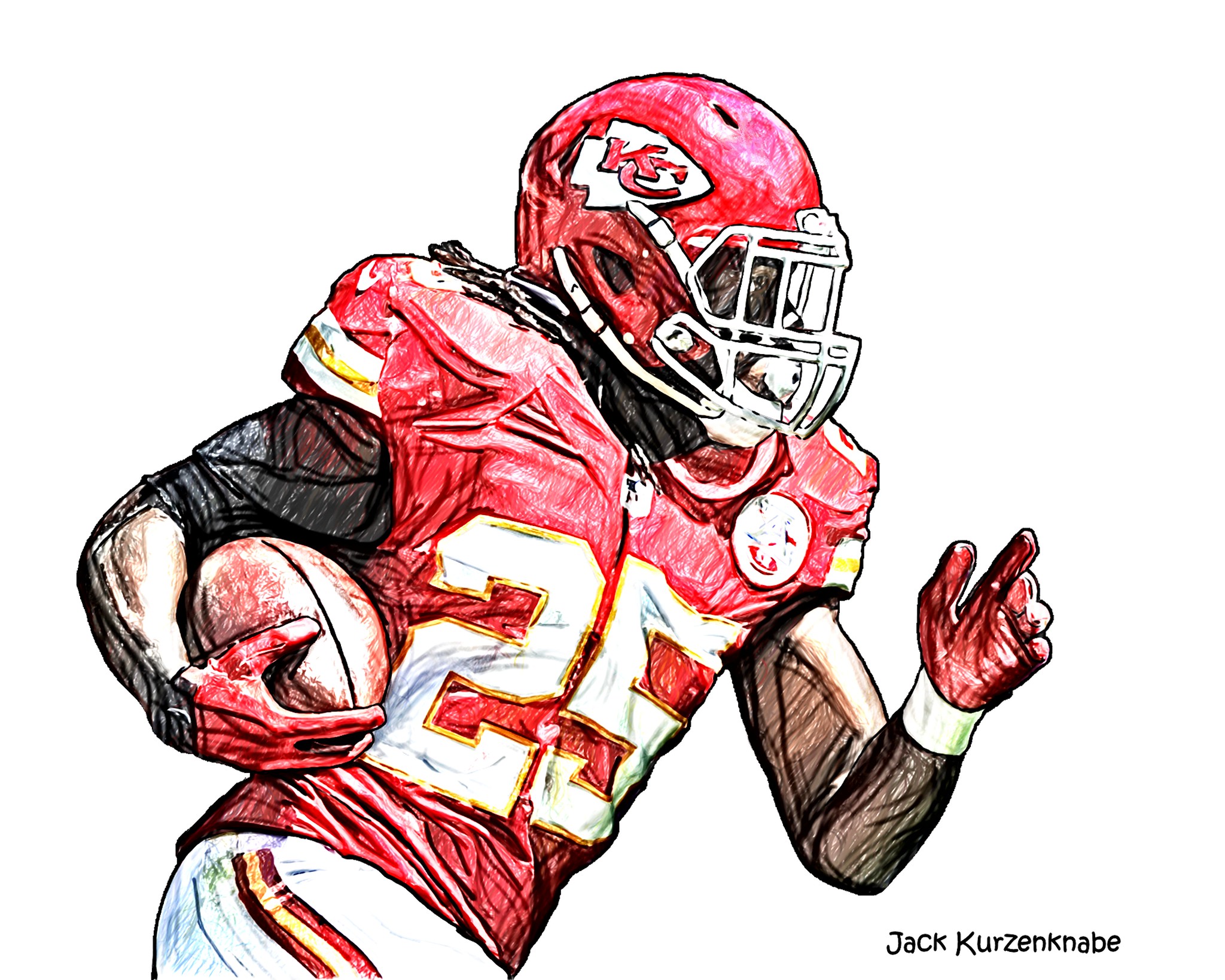 Another game. Another blown lead in the 4th quarter by the Jets. Last week, they could not sustain the score and lost to the Carolina Panthers by 8 points.  The Chiefs traveled to MetLife Stadium to take on New York in NFL Week 13. How would Gang Green contain Alex Smith and the high octane offense of head coach Andy Reid and Kansas City?

The start could not have been any worse for the Jets.

After 2 touchdowns to tight end Travis Kelce, Kansas City was leading 14-0 after 10 minutes had passed in the 1st quarter.

New York drove down the field and it ended with rookie running back Elijah McGuire crossing the endzone for the score.

The referees reviewed the play and overturned the touchdown because Eli’s foot stepped out of bounds. So back to the field the offense went once again. This time, Bilal Powell got the handoff on 3rd down and scampered down the left sideline for the TD. The Chiefs still led 14-7.

With 5 minutes left in the 1st quarter, Gang Green went 67 yards to the opponent’s 1 yard line. McCown kept the football to himself and forced himself past defenders as his body crossed the plane. His rushing TD tied the game at 14.

In the 2nd quarter, the Jets arrived at the 11 yard line of Kansas City. Matt Forte lined up as a receiver on the outside on 3rd down. Josh threw the ball to him as the RB fell into the endzone. McCown was near perfect on the drive as he was 7 of 8 for 56 yards and 1 TD. And he directed the offense 75 yards in 2 minutes to give New York the lead 21-17 over the Chiefs at halftime.

In the 4th quarter, the Jets quarterback had the offense at Kansas City’s 1 yard line. With 2 minutes remaining in the game, McCown scored once again on a QB sneak on 3rd down. The TD put Gang Green ahead 36-31.

The 5 point lead was not safe if the Chiefs scored in the endzone so Todd Bowles was forced to go for the 2 point conversion. Josh’s throw on the play was incomplete. However, a penalty was called on cornerback Steven Nelson for holding Jermaine Kearse in the endzone. The flag gave New York a fresh attempt, causing Marcus Peters to lose his temper. The CB picked up the yellow flag and threw it into the stands in frustration, resulting in the officials ejecting him from the game.On the 2 point attempt, Josh pitched the ball to McGuire, who ran it in to give the Jets a 38-31 lead.

The Chiefs got the ball back on their next possession and drove to the NY’s 19 yard line with 49 seconds left on the clock. However, Alex Smith miscommunicated with Travis Kelce on 4th down & 6 and threw to empty space. Kansas City turned the ball over on downs, securing the win for Gang Green.

Although the Jets quickly fell into a deficit of 2 touchdowns at the start of the game, Josh brought the team back to tie the score at 14. In a shootout game with the Chiefs, he went toe to toe with Alex Smith, who completed 19 of 33 passes for 366 yards with 4 TDs.

“For us to take another step as a team, it’s to handle those situations” said the quarterback of New York. “It’s to be down 14, it’s to get into one of these games that are back and forth and find yourself on the winning end at the end.”

McCown dominated the opponent with his arm and his legs. He was 26 of 36 for 331 yards with a passing touchdown and 2 rushing TDs. His 72.2 completion percentage, along with a QB rating of 109.8, was one of the reasons why the offense won the time of possession (42 minutes versus the Chiefs 17 minutes). His performance impressed his teammates such as Kearse.

“The dude’s 38 but it looks like he’s 26 out there” Jermaine said. “He’s been huge for us. His leadership throughout the week, throughout the whole season has just allowed us to continue to get better and better.”

For his achievement in leading the Jets to an upset victory over Kansas City, Josh was named the AFC Offensive Player of the Week.

Gang Green travels to Denver next week. Can McCown display another Pro Bowl level performance against the Broncos?